Unless you’re a dirty hippie living off the grid, growing ‘shrooms and playing the bagpipes all day (which you also resourcefully use to rip bingers when you’re out of Zigzags), you’ve heard about how you can now attach money to Gmail to send cash to anyone with an email address, 100% free for both you and the recipient if you use your bank account or a 2.9% take from Google if you use plastic (though still free for the recipient, who can use any email service he or she wants). You may have even thought how that’s a pretty sweet deal and wondered if the Paypal crew has upped their Valium dose in light of this hot competition.

My guess is they probably have upped their dose a few millies (at least those who favor Valium over, say, nitrazepam which as you know is the primo stuff), however, while Google has a lovely font on their sales pitch page, they reduce its size by a good (and by good I mean Evil) 25% to link you to the TOS with a mouseover popup that tells you “So you just had to look for fine print, didn’t you, dee-bag… well fine, knock your socks off, hope your schedule’s wide open, better crush up some Ritalin, and if you don’t like these terms then go live off the grid and smoke bagpipe bongs,” a link only second in obscurity to their privacy page (not kidding). Watch, I’m blowing the lid of this whole damn thing (or just skip down to the bullet points).

And that’s for just the elegant FAQ page, not the extremely tl;dr TOS page which you have to sign in with a Google account just to read – lolwut? Well screw that, not only is that messed up, semi-secret conditions of a major product launch, half of our readers don’t admit to having Google accounts so I’m making a local copy here for you guys, PDF link. Sue my ass Google, information wants to be free (or just 2.9% extra if you use plastic)! That was a joke Google, no need to sue my ass, just put a cease and desist in the comments.

Warning, it’s long as hell and there’s a zero percent chance you’ll actually read it (a 32% chance you’ve even made it this far through my article). But in Google’s defense it is least 25% shorter than Paypal’s TOS; however one could argue that Paypal is concealing less information or is being less cryptic or offers more serves; regardless, that that should not be interpreted necessarily as Paypal having more “fine print” in the figurative sense per se. It’s doubtful that either service would want to make things any less appealing to you than the various laws out there force them to. Google probably used Paypal’s as a reference when writing their own. If you do actually read Google’s TOS (I just read the FAQ), let me know if there’s anything in there prohibiting people like me from bootlegging their TOS. Also, it’s not just one document, their TOS refers to more TOS documents, like this sucker.

I will at least leave you with sample takeaways from their FAQ and a few from their TOS. In short, yes this looks like a huge threat to Paypal and no I cannot think of any reason why I would continue using Paypal in light of Google’s new service (other than a lack of money, not to mention bad credit, to send people anything). But, for starters, here you go, les bullet points:

At the tail end of all of this plus the million things I didn’t list, Google notes in all caps that whatever they may have left out of these terms, they disavow themselves of liability not legally imposed onto them, or something like that. It’s complicated, I’m obviously not a lawyer, just making a point that it’s not as simple as their cute video suggests but do feel that this looks like an awesome service that will contribute to consumers, I like almost anything that helps make money change hands and I also really like the idea of competition between Google and Paypal. And no, I do not know where you can score either ‘shroom seeds, bagpipe bongs or nitrazepam (protip, Tor). 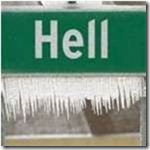