We all know Chrome is the best, the fastest and the most popular browser in the world, that’s not news, however I am sensitive to the fact that many of you here, while you may love Chrome, do not want to get scroogled and spied upon; and were it not for all that scroogling, you’d use Chrome in a heartbeat. Well let me tell you quickly about Chromium because this may make your day: It’s the open-source counterpart to Chrome. Think of Chrome as Google wrapped around Chromium. Chromium’s logo is not colorful, it does not report crashes or other usage information to anyone, it does not include proprietary plugins and codecs by default (no built-in PDF and Flash, though supports Vorbis, Theora, WebM, AAC and MP3, plus NPAPI plugin support), no Google branding, no auto GoogleUpdate system and  its caching and profile is stored separately from any Chrome installation you might have.

There is no RLZ user tracking (phoning home): Chromium does not tell Google, or anyone, when install and on what, your preferences, logs of usage and crash details. There is no omnibox prediction autocomplete AJAX stream to Google of what you type and there is no URL discovery. Google has no greater ability to scroogle you if you were to use Chromium instead of Firefox or IE. As it is open-source, its code is in plain view to a large audience of developers making it highly unlikely Google could slip something in there to expose you to scroogling and get away with it for a brief period without heavy repercussions. As nothing under such public scrutiny exists for IE, you may use Chromium as your refuge from being both scroolged and banged (I just came up with that!).

Google holds it under the relatively permissive BSD license, making it possible for developers of dozens of Linux and UNIX derivatives to maintain community builds, compiled and in their repositories, and there are browsers available that are based on Chromium but with modifications that might appeal to you, also all open-source. You may access nightly binaries on Windows, OS X and Linux. Additionally, other official ports include Android and Chrome OS, as well as Chromium OS (I’ll save that one for another post). I’m a Chrome man myself but if Chromium appeals to you, you may grab it here if you’re a regular nerd or over here if you’re a hardcore nerd. Doug Simmons 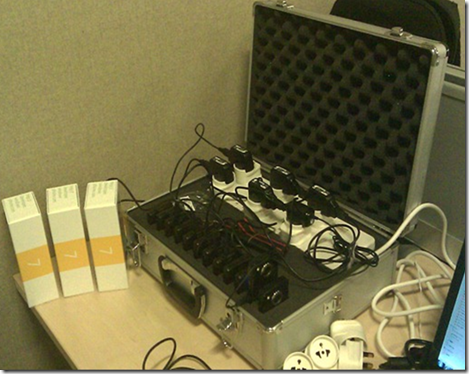