Well the picture isn’t all that much to look at, but  a leaked phone photo may confirm all those rumors we have been hearing for years! Dell will be getting back into Mobile Devices since their departure from the Axim Pocket PC. Not a lot is known about Dell’s Smartphone lineup except that we should see something later this year. I’m not really sure what they got going on for a UI in the picture, but according to one of BGR’s “Ninjas”, the Dell Smartphone UI will be: “worse than Samsung’s TouchWiz interface cross-bred with a sea mammal.” 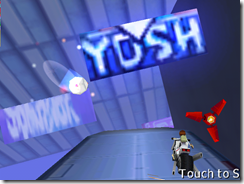