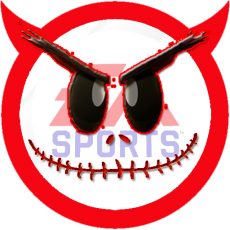 In case you don’t play video games or simply have been too busy with your NES or SNES classic, there has been some uproar over Loot Boxes. Consumers have tried just about everything to show their distaste for this style of micro-transactions by writing strongly worded emails and blogposts, stark social media claims that they aren’t pre-ordering this game, or even attempting to get loot boxes classified as legal gambling in hopes that developers, or more likely, publishers abandon this model.  The only thing that video game consumers haven’t tried is not buying the damn games. This may change soon if a recent Reddit post about the upcoming Star Wars: Battlefront 2 game is any indication of general outrage.

If you don’t know what Reddit is then just go… It’s much easier to see and click than for me to explain. The big picture is that it’s a news forum and one user asked a legitimate question for someone who had just spent 80$ on a video game.  For the uninitiated, u/MBMMaverick was asking why, after paying 80$ for the brand new Star Wars game, that a significant portion of mainstay cast members(like Darth Vader, Luke Skywalker, Han Solo) are locked without spending upwards of two full time job work weeks, yes 80 hours, of gameplay to unlock. This wouldn’t be so bad and probably a non-issue if EA didn’t also have loot crates in the game.

Loot crates are random boxes of items that players purchase with no idea what content is inside them when they purchase. A bit like gambling, but not enough a bit like gambling for the ESRB (de facto video game rating board) to do anything about it. Most players have taken loot crates and boxes as just another side of video games. For most games, up until recently, these crates contained mainly superficial cosmetic items that did little to effect gameplay, but offered customization that players demand and isn’t incredibly costly in terms of development resources. Typically this consists of sliding one of three sliders slightly left or right to create new colors. Not a daunting task. EA, however, saw that the last time they released a Star Wars game, one they arguably didn’t finish, people bought that shit anyway and then continued to fork over dozens of dollars in content that should have been present in any game worth 60$.

How then, was EA to respond, in any way other than giving you even less for more? No longer, they say, will loot crates be filled with cosmetic glorified “flair” for your characters. No longer will you fork over dollars for customization options that don’t effect gameplay. Instead, EA decided to lock away game content, in the form of many of the characters most people are dying to play, behind dozens of hours of content or… simply pay them for loot boxes. That’s right, for the players not willing to put in time and effort, those players with hefty wallets or simply parents who leave said hefty wallets unguarded, they can fork over real world dollars FOR A CHANCE to unlock these characters inside loot boxes. There is no side of this coin that I am on board with.

If you’re going to lock game content behind dedicated gameplay time, that’s okay with me. This is doubly true for content that increases how easy the game is to play. This is normal game progression. Game character gets better? You get cool new powers! If you lock game content like this, but give more wealthy players an advantage then you’re just a cock. Don’t believe me? Go back and take a look at that Reddit article again. If you look beside the EA Developer response you can see how many “down votes” the response has garnered. As of writing this it’s hovering around -80k, or 80,000 people took time out of their day to read this response and click the little “F-You” down arrow next to it. This is, as with any major company, several hours later, after they’ve activated all their fake accounts to “up-vote” the response and begged the Reddit administration to fudge the numbers. This morning when I woke up and saw this it was at a whopping -125,000 people who had cast their vote downward.

Unfortunately very little will come of this, as the one thing that would stop this kind of bullshit in gaming is the one thing gamers can’t seem to do. DO NOT BUY STAR WARS: BATTLEFRONT 2! 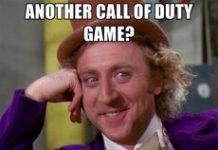