Yep, I’ve got another Halloween themed game post for you, imagine that huh, considering that Halloween is only a week or so away?! It’s an iOS game that you can play on iPad, iPhone or iPod Touch and in it you’re running a hotel in Transylvania with monsters for guests as you might expect. Anyway, it’s been updated with new characters and there’s even more additional content that you’ll have to purchase in game. So here’s a bunch of screenshots for you along with info.. 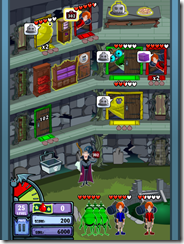 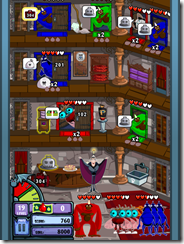 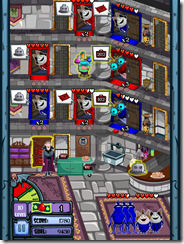 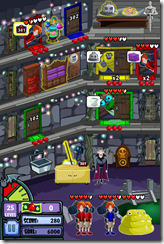 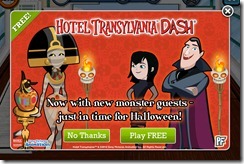 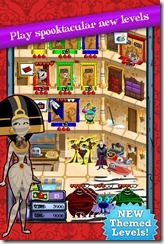 PlayFirst® Inc. today announced a major expansion for Hotel Transylvania Dash® on iPhone, iPad and iPad touch that offers players two hot new venues and four monstrous new guests. In addition to the 30 action-packed levels that made Hotel Transylvania Dash the No. 1 free iPad game when it launched last month, patrons of Dracula’s five-stake resort can now try their hands – or claws, paws, or pincers – at running stylish new Hawaiian and Egyptian wings of the all-monster hotel. For the one million players who downloaded Hotel Transylvania Dash in just 20 days after its release, the updates are sure to be the perfect treat.
From palm trees to pyramids, both spooktacular additions are available as in-app purchases for just $0.99 each.
New characters include:

To access the new levels and characters, along with the original game, download Hotel Transylvania Dash for free on iPhone, iPad and iPod touch via the App Store.
More About Hotel Transylvania Dash
Hotel Transylvania Dash is based on the popular animated comedy from Sony Pictures,Hotel Transylvania, and represents the latest game in the successful Hotel Dash series from PlayFirst. In the game, players help Dracula create and manage a lavish resort exclusively for monsters.  (No humans allowed!) Guests include the charming characters from the movie, including Murray the Mummy, who adores the hotel’s signature Worm Cakes; Frankenstein, who has a tendency to sleepwalk; and Wayne the werewolf, who travels with an entourage of pups. Players are sure to have a frightfully fun time helping Dracula book rooms, deliver room service, and attend to guests’ needs while preparing a special 118th birthday surprise for his vampire daughter, Mavis. Dracula is in for a surprise when the human Jonathan stumbles into the hotel – the first human ever to discover the monsters-only retreat!