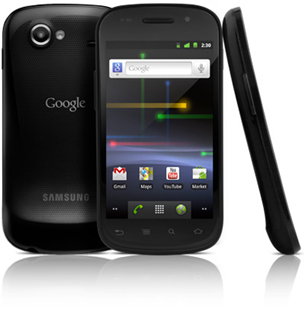 Up for review this week, we have one of the newest Android devices, the Nexus S by Samsung. Featuring a 4” AMOLED display, a 1 GHz processor, and the latest version of Android (Gingerbread), the Nexus S is a great device for Android fanatics, as well as those entering the smartphone market for the first time.

Editor’s Note: Having always been someone who likes a large feature-set in my phone, I was torn a few months back between Android and Windows Phone 7, before ultimately deciding on WP7 for a variety of reasons. With that being said, my review here also naturally reflects my initial thoughts on the latest build of the Android mobile operating system, in addition to the Nexus S as a device.

Upon receiving the device, I was very excited to hit the ground running. Having only spent limited time with Android in the past, I was enthused to get my hands on the Nexus. Having purchased my first Samsung phone less than a month prior, I was also excited to be testing a device similar to my current handheld.

Using the device, I was initially impressed with the smooth, cosmetic form-factor and the beautiful display. Even the little things like the live wallpaper and grabbed my attention. However, one drawback was noticeable from the start, and that was the ineffective battery life. While a few other hardware features were seemingly absent as well, they did not seem to detract from the overall experience of the phone.

The Nexus S is sold as a Google-branded phone, but Samsung is the OEM for the device, so it holds the build quality of any other Samsung device. By definition, the Nexus S is also sold as an unlocked device, meaning that it will work on any GSM carrier. This can be very handy for world travelers who use different SIM cards in different regions. I was able to use my personal AT&T SIM in the phone, and everything worked as advertised, with the exception of 3G data (as expected).

With that, let’s take a look at some of the specifications and details of the phone.

While the Nexus S is a quad-band GSM phone, it seems that it was built to run on T-Mobile. This is mainly due to the bands it runs on, as AT&T does not use the same bands for 3G data (I was stuck with EDGE when using my AT&T SIM). On a speed test in my area, I was able to get 8.41 Mb/s Downstream and 0.93 Mb/s Upstream, a number that represents HSDPA speeds for T-Mobile. Overall, connectivity is rather quick for both voice and data, and calls are connected within a fraction of a second to the T-Mobile network, with good vocal quality. When it comes to internet however, there is no 4G support built into the Nexus S.

As for WiFi, connections start up and connect quickly to provide a quick alternative to cellular data (This was useful when testing with an AT&T SIM). Unfortunately, this also affects the battery life, so if you’re on an unlimited data plan, I suggest leaving it off.

As for other communication aspects of the device, the GPS works very well. On several separate occasions, I was able to obtain a signal lock within seconds of opening up a location-based program, such as Google Navigation or Latitude. There was no apparent signal stuttering, as well as no drops. Accuracy was also measurable within just a few feet of my physical location. While the GPS also noticeably affects the battery level, it seems to do so less than other devices I’ve worked with in the past.

MicroUSB is present for connectivity and charging purposes, and data transfer rates over the cable represent those of a standard USB 2.0 connection. I was able to successfully plug the Nexus into my computer for file storage, as well as placing the device in debug mode. File transfers to and from the device were comparable to that of a standard USB flash drive in terms of speed. 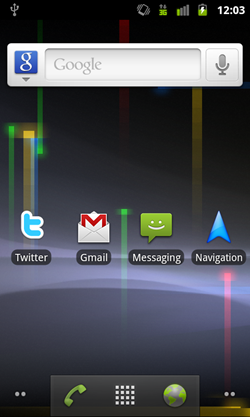 Hands down, the display on the Nexus S is one of the most impressive things about the device. A 4” Super AMOLED display, the screen is 480 x 800 in resolution, and looks beautiful for animations and media. The fine detail also allows for smaller (and readable) font sizes for those with better eyes. Since the device has a AMOLED display, there is also a battery-saving aspect to it as any black pixels are actually off with no power being supplied to them. Android plays into this well with a darker theme, and black menus and navigation. Physically, the screen also has a slight curve to the it which Google dubs the “Contour display,” and seems to slightly improve the viewing angle on the device.

This display performance is evidenced all over, including upon booting the device with custom home screen animations. I can almost guarantee that when you notice the Nexus live wallpaper, you will spend more time then you want to by playing with it. Unfortunately, it does drain the battery quicker, but if you want some extra eye candy, there’s plenty of Live Wallpaper options to show off the display and CPU.

All things considered, this device is very manageable in terms of size. With a 4” screen, the device is larger by definition, but there isn’t much more size to it other than the screen height/width and the depth of the battery. It’s also rather light, with most of the weight being that of the battery. Overall, the Nexus S is rather comparable to other smartphones of the day in size, including the iPhone 4 and other Android and Windows Phone 7 devices.

When using this device, I was able to draw strong comparisons between it and my current personal device, the Samsung Focus (Windows Phone 7). Both are relatively new Samsung devices for the respective operating systems, both sport a very similar form factor, and both are nearly comparable when ignoring the operating system. For a physical comparison, see the YouTube video above.

Most of these hardware features are fairly standard nowadays, so I don’t have much more to say other than the fact that they all work. The haptic-feedback system is rather handy, and something that all new devices should have turned on out-of-the-box. Other than that, the accelerometer works well with Android, switching apps between portrait and landscape modes in the blink of an eye (see the video review for a performance demonstration).

As mentioned above, the Nexus S is very quick. With the 1GHz Hummingbird processor, calculations and animations are done in the blink of an eye, and often without notice. The 16GB of storage is average for current smartphones of similar nature, but unfortunately that’s it. There is no built-in expansion slot, so you’re pretty much stuck with just under 14 GB for all of your stuff, which can be slightly limiting if you want to load up on your music and video collection. As mentioned earlier, you can also use a portion of the 16GB for USB file storage by plugging it into your computer, a feature handy if you carry a MicroUSB cable in your briefcase or backpack.

I observed media playback on the Nexus S to be rather seamless and have great sound quality, whether streamed online or played locally. The 3.5mm headphone jack also supports feedback-based headphones, allowing you to play/pause and adjust the volume without touching your device.

As for the cameras, the Nexus S sports both a front-facing and rear 5MP camera with a LED flash. The pictures aren’t the best, but it seems that no cell phone still takes excellent pictures. Another feature seeming lacking is 720p video recording, as the back camera is limited to 720×480 resolution for video.

See the below pictures for a variety of shots situations from the rear 5MP camera. 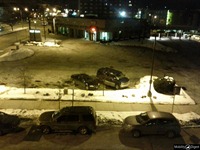 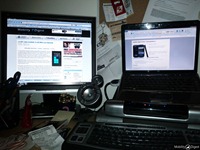 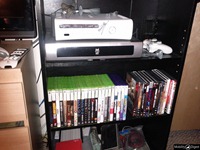 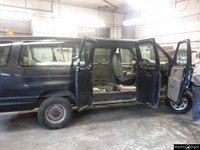 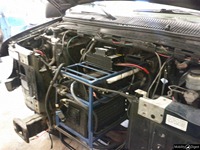 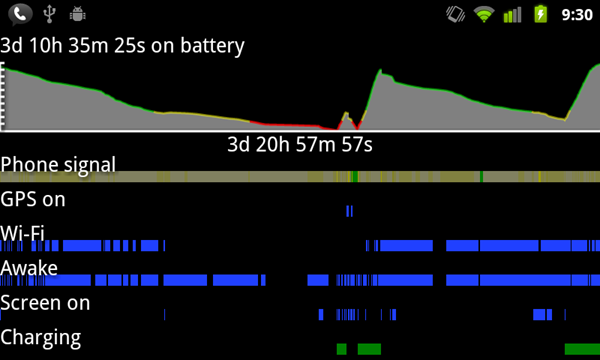 The battery life on the Nexus S could be described as “average” when compared to current smartphones of similar nature. While the 1500 mAh battery is certainly of a higher capacity than other devices, it was not difficult to have it last less than a day. With Exchange and WiFi on and with consistent usage, the device was dead before the evening was over. With just Exchange and WiFi on (minimal use), the device lasted up to 3 days. With everything turned off, I was able to have the device run for 9-10 days without a charge.

As for charging, a near-full charge was attainable within just 2-3 hours, and a full 100% charge taking another 1-2 hours.

(To be fair, I understand that it’s easy to plug your phone in every night. Additionally, I understand that not everyone has Exchange, WiFi, Bluetooth and other settings turned on all the time. However, I think that in order to remain relevant in the smartphone market, battery life is an important factor when choosing a device, and a device needs to be able to perform under a variety of conditions. With that, I dub the Nexus S’ battery capacity as average, and issue Samsung a challenge to improve upon it.)

For those unfamiliar with the Android platform, the Nexus S also has the option to serve as a wireless hotspot for up to 5 other devices. While significantly more convenient than tethering via USB (which the Nexus also does), the battery life is obviously affected. Additionally, the Nexus S has built-in voice recognition for a variety of commands, and interprets them with stunning accuracy. On top of these extra features, the Nexus also has a marvelous application selection, with the Android marketplace sporting tens of thousands of applications, themes and more.

As for other drawbacks of the phone, they were mainly Android/software based. Less than 10 minutes into booting the phone, I was able to observe the infamous text messaging bug found in Android 2.3.1 (before upgrading to 2.3.2). I also wasn’t too impressed with Google’s Navigation app. I’ve always sworn by Google Maps (on Palm, and then Windows Mobile) but was severely disappointed with Navigation, as some of the directions it gave me were simply puzzling. Lastly, it was also somewhat ‘inconvenient’ to acclimate to the Android soft keyboard from Windows Phone 7 (Hey Google, remove the ‘dead space’ between the keys). While all are minor details, they were annoyingly relevant when tested/discovered.

In addition to the newest version of Android, the Nexus S also sports a few features only found in newer-model phones. One of those features is Near-Field Communication (NFC), which seems to be one of the large selling points on the device, despite the fact that it is currently read-only (and has limited applications). Unfortunately, I didn’t have any tags to test it with, but there has been word that plans are in the works to make the NFC on the Nexus writeable as well. As the technology expands over the coming years and months, stay tuned for an update on NFC functionality on the Android platform here at Mobility Digest. 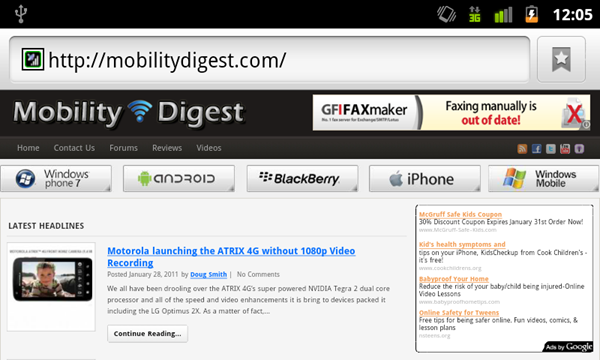 Overall, the Nexus S is a great device with a solid build, beautiful screen, and a large variety of features. Aside from the short battery life with the main features turned on, overall few complaints were to be had. The only real question becomes whether or not you want to part with $530 to get you hand on a new device. If you’re up for a T-Mobile contract extension however, you’ll certainly get your money worth for the $199.99 pricetag. ~PK

Special thanks to Samsung Electronics for providing us with a Nexus S for review.