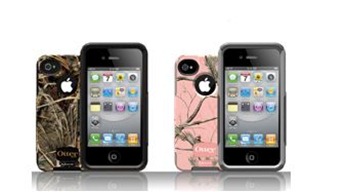 After finishing my review of the OtterBox Defender Series Case for the new iPad 3rd Generation and iPad 2, I was surprised to see some news from OtterBox that they have some new cases out today! With the defender being the ultimate in protection, OtterBox makes another great case with a smaller feel called the Commuter. It is a great case and just not so bulky, but offers great protection. If you have been eyeing the Defender Camo case for the iPhone 4/4S but didn’t want the bulk, then check out the new Commuter Camo Series!

OtterBox Commuter Series cases for iPhone 4/4S combine shock-absorbing silicone with a tough polycarbonate shell to provide dependable protection from bumps and shock. The new OtterBox-Realtree cases feature either Max-4® HD camouflage on a black polycarbonate shell with black silicone or AP™ pink camouflage on gray polycarbonate with gray silicone. Silicone plugs keep all ports free of dust and dirt and a self-adhering screen film is also included to keep the Retina™ display free of scratches.

The Commuter Camo Series has not made it t the OtterBox Website yet but we will keep you posted on pricing. Expect to pay 5-10 dollars more than the $34.95 original Commuter Series Case. 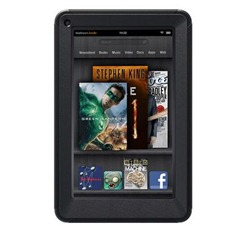 The Kindle Fire is red hot right now (haha) and more than 4 million of you might be wanting some extra protection to contain that Fire! HA! If so then check out the OtterBox Defender for the Kindle Fire. The ultimate in protection and peace of mind can now be yours just like the iPad owners share.

Memory foam pads cradle the device in a sturdy, easy-to-install polycarbonate shell, while a robust silicone skin absorbs shock and protects ports from dust and dirt. The outer silicone layer features angular texture pads that add grip to all four edges of the case. The case also features an integrated screen protector to keep the Kindle Fire’s seven-inch display free of scratches and smudges.*

The Defender Series for Amazon Kindle Fire includes a polycarbonate shield stand that supports viewing in portrait or landscape mode and functions as a durable screen shield when the device is not in use. The release points of the stand are ergonomically designed for increased ease of use.

Check out OtterBox for more on the Kindle Fire Defender Series Case which is priced $20 dollars less than it’s arch rival iPad at $69.95 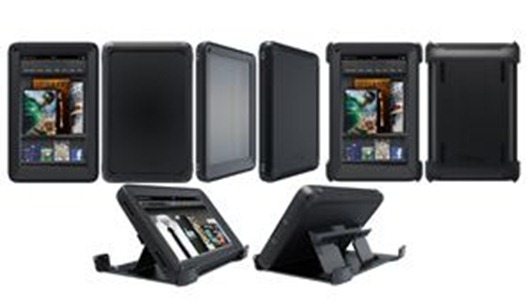 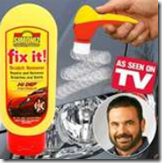