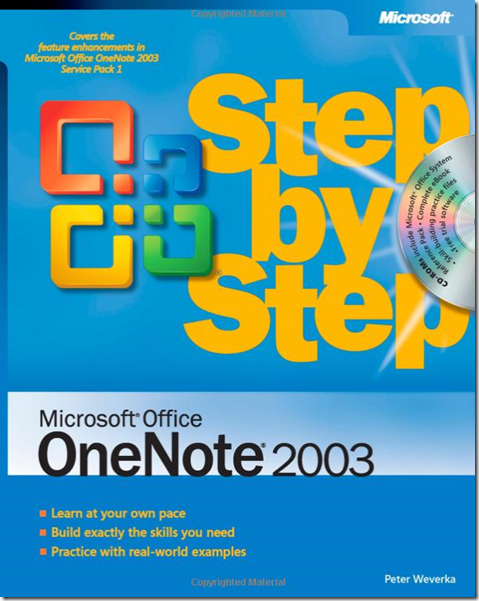 I was introduced to OneNote in 2002, when I purchased my first tablet, an Acer flip around convertible 2 in 1. The laptop/tablet was a dog, but after using OneNote for a day or two I was hooked. I went out and purchased 10 copies of the book pictured above, which included a OneNote 2003 disc, and handed them out to coworkers and friends in my effort to spread the word. I found OneNote to have the best qualities of Word, Excel and Publisher, all rolled into a easy to use program. I created project templates in OneNote and shared information with coworkers and suppliers via Sharepoint, long before SkyDrive. In 2004, this was cutting edge kind of stuff. OneNote is one of the first things I install and sync to every computer I have owned since them. I still have one notebook with info from 2003 that has synced and updated through OneNote’s many iterations.

I encouraged people to get their kids using OneNote, as even back then I knew it was the future. And now that OneNote is free for everyone, there is really no excuse to not be using it. Seems my predictions and future vision are becoming reality. I called this one. And anyone who knew me back in 2003 would verify that. Is your school, or your kid’s/grandkid’s school using OneNote in the classroom today? If not, why not?

Is your school using OneNote in the classroom? Why not?

A Week With My Lenovo Yoga Pro 2