It looks like InfoSonics has finally joined the Android Smartphone game, they’ve just launched the s700 which features a 3.5” capacitive screen, dual sims, a 2mp rear camera and a VGA front camera along with wi-fi and Bluetooth of course. They claim you can get about 1 1/2 days on a single charge, which isn’t bad for a smartphone.

"We are excited to release our first internally designed smartphone based on the Android platform," saidJoseph Ram, the company’s president and chief executive officer.  "The s700 features a 3.5" capacitive screen and optional dual SIM (3G/2G) capability.   In addition to the main 2MP rear-facing camera, we added a secondary front-facing VGA camera for video calling.  The phone has Wi-Fi and Bluetooth 2.1 connectivity, and we optimized the battery to last approximately 1.5 days for the average user.  From a software perspective, we believe our custom designed user interface is very intuitive, and we endowed the s700 with a number of attractive features including native push e-mail, GPS navigation, access to the Android marketplace and other instant messaging and social networking applications.  And, we added some extra features like an E-compass, a 3-way gyroscope and a status LED which instantly signals a new message or missed call."

The Company noted the following additional details of the s700:

The verykool s700 is available now.  To learn more about the device, visit our verykool website at http://www.verykool.net/Phones/s700. 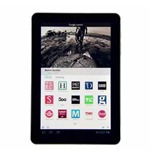 Google Currents keeps you in touch with some great content