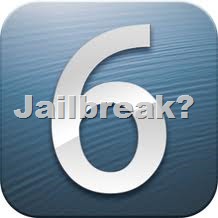 It’s true, I am the only one left around here that has an iPhone. Shocking as though it may seem, the rest of the team is pretty much Windows Phone hard core fan boys. I think we get an occasional Op-ed piece on Android from Ramon and when I get my hands on a new device to test. But if I was underwhelmed with the iOS 6 release, the iPhone 5 has been that much more frustrating. The screen size increase was marginal at best but I follow their reasoning the best I could. Landscape web surfing and reading emails is much nicer but the end result is a home screen that is a total mess. Five rows of icons that are just static is just unacceptable to me. I’m not suggesting widgets, that would be Android, but why not take come up with something innovative, say like Live Tiles. I really liked my Titan and Titan 2 for the intuitive navigation throughout the device experience. Yes, it’s really that good. But they were only one size. Now with Windows Phone, the Live Tiles are customizable! you can make them small, medium or large to display all that wonderful “live” information. What about you Apple? Where’s your live information? We just get the same size static icons to look at. Maybe that’s why wallpapers are so popular for the iPhone. I don’t recall ever caring about the wallpaper on my Titans. Well, I can always make a folder and stick even more same size static icons in. Yawn…

I have found the iPhone plagued with other problems too, purple camera lines, keyboard lines, horrible reception, App Store update notifications that show updates, but never appear until well after you open and close the app several times. Siri is a disaster. I can hear Ramon pretending to jab and punch in an Apple shadow boxing event with every example I listed the others getting a lot of press. My iPhone stays in an case so the scratching issue does not apply to me. I think Ramon just dropped an atomic elbow and exclaimed F$%& Apple! And where is the Jailbreak already? It’s been months and no Jailbreak? It appears that the “unpatchable exploit” found  years ago that worked all the ay through the iPhone 4S with iOS 5 was the last of it’s  kind. Apple patched it with the iPhone 5 and iOS 6. no untethered jailbreak exists but it seems there may be hope. JBN has said that  iPhone developers MuscleNerd and P0sixninja’s tweeted some encouraging news that something may  be eminent because of work on a "bootrom exploit" being found. Turns out they are not quite as close as we had hoped.

Bummer. There are some things no longer needed in iOS 6 and AT&T’s Shared Data plan I am on on that does not require me to jailbreak like MyWi. Oh well, 20 bucks down the drain. But I miss all the other goodness from Cydia!

As bummed out as I am about no untethered jailbreak and an iPhone 5 that is not what it should have been, let’s stir the pot some and wonder what you Windows Phone 7.5 owners are going through. Waiting for Windows 7.8 are you? No word on when doesn’t sit well does it? Seriously Microsoft? You released Windows Phone 8 and a major update to an already impressive UI but what gives with current Windows Phone owners locked in with the Death Star getting in on a little of that action!  Let’s turn this into a little Mobility Leaks:

Douglas Smith: It is going to be released the same day the un-tethered jailbreak for the iPhone 5 is.

David K: iAss Last rumor I heard was January though. I call all this crap…MS can’t roll out a product to save its life…and they are nearly in that position

Matt Anderson: I sent out some email about this a few weeks ago. Im not too happy myself. You’d think they would have been working on this for a while. Especially since its primarily cosmetic in its changes. I guess its falling under the whole 90 days later like pro does. Shitty.

So light up the comments and let us know. Do you think the iPhone will get jailbroken before or after Windows Phone 7.8 is released. We are talking 60-90 days from now for what is guessed at being the WP7.8 release. Can the Jailbreak Developers beat them to it? Regardless, I will still be taking purple f’n pictures while you guys get a slick ass UI update.

Doesn’t someone want to send me a Lumia 920 for the Love of God!

Make your iPhone 4 have a Slide Out Tilt Keyboard