There’s a new kid on the block called Voyager Mobile and according to their website they’re launching tomorrow officially at 6am. They’re going to be announcing $19 per month unlimited wireless plans with no contracts or even credit checks.

Starting Tuesday, May 15 at 6 AM EDT, wireless subscribers will have a new option when picking their cell phone carrier — introducing Voyager Mobile. Through its nationwide 3G and 4G wireless network, Voyager Mobile provides unlimited wireless plans starting at $19 per month — no contracts, credit checks, or gimmicks.

While saving money on wireless service comes standard, Voyager Mobile believes in rewarding its customers for talking on the phone. We’re introducing Voyager Rewards — the frequent talker program. Simply talking on the phone will reward you with points, which can be redeemed for airline miles, gift cards, phone upgrades, and free monthly service.

To learn more about the products and services of Voyager Mobile, or to sign-up for new service, visit us on the web at www.voyagermobile.com or call 1-866-579-5511.

Although Voyager Mobile’s wireless network has coverage nationwide, sales of wireless service are currently being launched in select states, with the remainder coming soon. Please visit www.voyagermobile.com for more information. 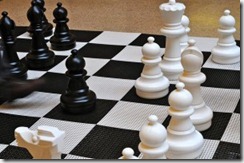