So you picked yourself up a brand spankin’ new Windows Phone 7?  Good for you.  I’m sure like most users you’ve thoroughly enjoyed your experience so far but the glow is off and the tech-envy is seeping up seeing Android and its partnering OEMs showcase dual-core and sexy hardware phones.  Don’t be embarrassed I felt the same urge.  Instead of balling myself up in a corner sulking somewhere I march on with my awesome HTC Surround and keep my eyes focused on the prize.  I’m a techie and I love all things awesome about tech.  So here are my preliminary and brief thoughts on what the standards should be for Windows Phone 8 (Code named Apollo).  Mind you there is a Fall 2011 update codenamed Mango that will add several noteworthy features but any fragmentation after a single year would not look or bode well for the platform.  Sorry Windows 7.5 is not the answer to the minumum requirement question.

Listed in no particular order with reasoning attached:

Well there you have it folks, my initial thoughts on what should be included in the Windows Phone Apollo update due out in 2012.  Too far away you say?  Its already the middle of January 2011 and in the tech world time flies fast!  Agree or disagree with something I said?  Fine, just be sure to voice it in the comments below or in the forums. 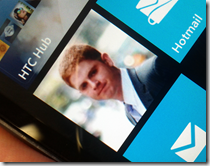 All Right Fine, WP Not So Bad