Bitbop is offering on-demand streaming tv for just $10/month, commercial free, for all you can consume, but you can try one week (up to 3 shows) for free. You can stream over wifi/3G/4G and they even allow ‘temporary downloads’ (presumably so you can watch them on a plane for example but you don’t own the content). It covers a range of shows on a range of channels from Fox, CBS, NBC, Discovery, Comedy, Spike, etc. If you’re thinking about this check out their list of networks and shows to see if they have what you like but they seem to cover the big shows. Right now the Android phones that are compatible are: Droid (1, 2 and X), Galaxy S (Fascinate, Epic and Vibrant), Nexus One, Evo and Droid Incredible, as well as Blackberry but that’s been out for a while. They also intend to add movies later in the year ($1-$5 per movie). Anyway, if you don’t have a tv-tuner built into your PC and sync it up, this may be a good option for some of you. 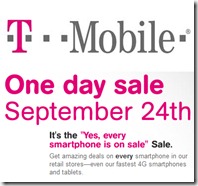