Take a step back for a second and look what what Microsoft is doing. Ballmer just stepped on the gas pedal and his foot is still down. No, this isn’t just about Windows Phones. This is about a company that just released IE9 and then releases a preview for IE10 just days later. Before I go too far, it’s important to note that Microsoft’s current business is mostly geared towards business users. As of last year they were making over $1b from Office and Windows; Xbox, SQL Server; System Center; Unified Communications; SharePoint; Developer Tools; Dynamics (ERP & CRM); and Online display and search advertising (but they post huge losses in search as well). Microsoft has lost mindshare recently but you can now see that they’re going all-in on the entertainment and mass-consumer markets and that’s going to put them back on top where they’re used to being (before anti-trust matters brought them down) by continuing to own the business sector and now claiming huge stakes in the consumer markets.

I think I’ve gone far enough. Microsoft is done sitting on the sidelines. For all the shit that everyone (including myself) gives them for taking seemingly so long to do things so often, it seems like Ballmer has started whipping everyone into action. They have a unified plan here with a a consistent and expanded market, search and maps and keeping people on PCs by making the OS run on lighter hardware that’s more portable all while keeping the PC experience unique but finger friendly and all while giving you more and more reasons to join and stay within the Microsoft ecosystem. If you think the race is over then you may not know that’s it’s barely just begun with a new mobile boom just underway and MS set to leverage its PC presence in a massive way.

Look, no need for me to beat a dead horse here, but just look around and for all of their seeming silence, they’re marching full speed ahead and set to pounce right now. Is 2011 Microsoft’s year? Nope. This year is a set up for 2012 when the Nokia alliance kicks in, Windows 8 kicks in and all of the R&D they’ve been investing in pays off in an epic way. 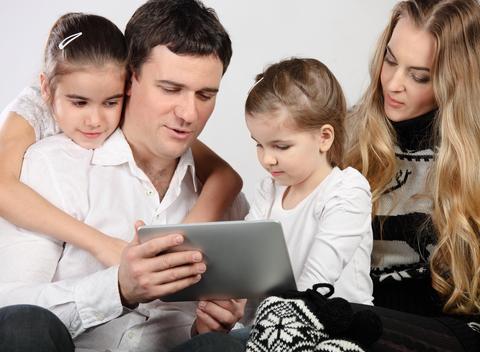 Is Your Family’s Relationship with Technology Healthy?