TMZ known for leaking and reporting all the dirt on celebrities takes a different direction today and claims to have 7 images of the new iPhone 6 coming soon. The phone is being reported by TMZ as “smuggled out of Foxconn and was photographed by a friend of an ex-factory employee”. In some of the images there is a guy with his face blacked out holding the alleged iPhone 6 next to a iPhone 5s to compare the size differences between the two. One of the first things I caught was that the new iPhone was thicker than the iPhone 5S. As you could well expect the trolls are already having a field day with this device claiming that it is an Android phone running an iOS theme. They also took not that the new Health App was missing from the home screen. I will say it is HIGHLY unlikely that this a real iPhone 6 and that an ex-Foxconn factory worker was able to steal one to have his buddy take pictures of and spread all over the internet. You all will just have to wait until September when Tim Cook takes the wraps off what will be the next version of the iPhone either called the iPhone 6 or iPhone Air. 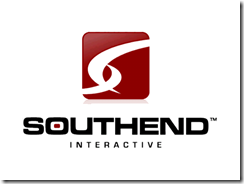