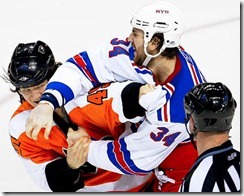 Like a whole lot of you I’m a loyal WMPoweruser reader. I think I’m still banned from commenting but that’s okay because I’m there to read the comments as they’re written by people in a foreign camp from mine who write believing they are writing just amongst their Windows Phone fanatic brothers and from time to time it gets interesting.

Let me throw you a recent example: Analysts Call Windows Phone 8 the Blackberry Killer by Surur immediately scooped up an above-average share of comments and I was quite taken by how excited his readers were about the notion one of these analysts offered them that the cell phone they own will put a company with 10,000 employees (and dropping, they’re laying off workers aggressively) out of business, crush them like a bug, which in turn would crush many of their creditors and shareholders, like a lot of Canadians with RIM in their pensions and portfolios. Regular people and a lot of them. From CBCNEWS:

RIM co-CEOs Jim Balsillie and Mike Lazaridis each own more than five per cent of RIM’s shares, but besides that there is no single institutional investor with an excessively large clout. The stock is likely a part of every Canadian equity or technology mutual fund. Canada’s major pension plans all own stakes. The Caisse, the public sector pension plan, OMERS, Ontario Teachers Pension Plan and CPP all own in the neighbourhood of one per cent of RIM’s shares. Even factoring out its presence in mutual funds, CPP’s ownership of almost two million shares means that effectively, every single Canadian citizen has a stake in the company.

Hey WMPU readers, why are you gloating about this very unrealized feather in your cap? Is this what you want and how you want to get it? Also, wild stuff how you can go from loving to despising analysts depending on which article I click, you know? Let’s pause for a brief reality check, shall we: RIM has double the market share of Windows Phone, and though RIM is giving up market share, so is Windows Phone. Windows Phone, unless you want to look back on the glory WinMo days, has proven itself as an elegant and well designed flop that’s too expensive to lift up out of flop territory. By the way, I realize this Ricardo fellow didn’t write this with the benefit of hindsight, but here’s that war-like rhetoric and venom I’m talking about:

You all seemed to receive Nokia exclusively partnering up with Microsoft as the savior to the platform (and your pride), a symbiotic relationship between the two companies. Well, Nokia, and this does not please me because I’m an Android user, is a hair away from insolvency and bankruptcy. Their current ratio (assets that could be liquidated within a year divided by their current liabilities or what they are obligated to pay creditors within a year is around 1.1, which is dangerous territory, especially when a chart of your net margin over the last five quarters looks like this:

Those bars look bad at the end, and they’re about to add another to the chart – what do you think it will look like? Well, for every two financial analysts telling you to sell your RIMM holdings you may find nine advising you to dump your stake in NOK. But RIM in spite of the ugly sales and market share plummet that they can’t seem to shake is otherwise healthy. For example, their current ratio is currently 2.2, and that’s even higher than Apple’s 1.5 and Apple has been criticized for having too much cash. RIM’s total liabilities have dropped steadily over the last six quarters.

Both companies are now losing money but to extinguish the debt it must pay for the year Nokia would have to sell most of its current assets (while absorbing heavy losses presumably). RIM, not even half, liabilities which again are steadily falling. They have a lot more room to breathe as they work to concoct a plan to save their phone and brand versus Nokia, which may be why they’re taking their sweet time with this BBX10 or whatever they’ve got announced for next year.

But that’s okay, right? If Microsoft doesn’t bail out Nokia like you assume they will you’ll just switch ponies and root for someone like HTC who just reported an 80% profit drop in the last single quarter. Their current ratio is even lower than Nokia’s. HTC is screwed, Nokia is screwed, RIM is not screwed and worst case they won’t be screwed for a long time. They will keep the heat on Nokia and Microsoft even though they’re the small operation just like Google won’t just sit on its ass and let Apple Maps overtake them in any way, other than of course 3d flying which I’d still like to see, heard it’s not bad.

Let me offer some of the comments I’m seeing on this Blackberry killing article over on WMPoweruser (Surur, let me know if you mind):

WebUser, who may have a future as an analyst waiting for him:

We watch the mobile space every single hours, we know pretty much every phone, every feature, what sell, what don’t. We know yesterday, today, and what’s coming up. We are a whole lot more professional than those bullshit analysts in the mobile. They come up tell us this or that, I tell them shut up.”

The release of Windows 8 and WP8 is going to be very big. I can’t wait.

Dave, getting a bit tangential but still clinging to that war-like spirit:

LOL eric schmidt, about to get his third professional ass whooping by MS.

Every single one of them relishes the killing of RIM as if it would be a stunning accomplishment (but really, it’s kind of a race to completely fail slower than the other guy, isn’t it). Weirdly (unless you’re a regular reader and know his style), Surur, author of the piece and site admin is the only in the thread to curb his enthusiasm about Windows Phone’s presumed impending success:

Microsoft still however had a lot of work to do convincing the market to try their phones.

You see what he did there? He removed his blinders and wrote something accurate that deviates from the figurative death-wishing vitriol that can sometimes lead you astray from reality.

I was impressed by Windows Phone, I want Windows Phone to succeed, I think if Windows Phone succeeds not only is another company in which I own some shares a little more successful but Apple and Google and the OEMs have a reminder that they’d better continue to step their games up if they wish to keep Windows Phone, presently referred to as Other but possibly soon to become Number Three in single digits. Competition between companies is a good thing, so why must we all pick a company and root for it to eviscerate its competitors as if we are absolutely no different from these guys?

Well maybe we are no different from those sports fans. Part of our evolution? Besides, I can see how that looks like fun, and what kind of poofter pays to go to a football game just to root for both teams to win? So never mind what I said, just carry on and, in conclusion, the takeaway from this article, the Flyers suck, go Rangers.

You Blew It Rutgers, Damn Hippies