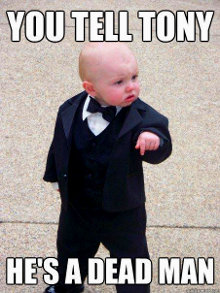 WebP is like the Windows Phone of image formats – its developers took the best of everything about PNG, JPEG and GIFs, packed that all together, managed to exclude the downsides of each, left it open, added some things of their own, then made it much more effective at everything than all of those formats, namely substantial reduction in size to make the same image. Better compression across the board, comparable encoding and decoding speed, no need for you to choose from multiple formats based on whether you need more than 256 colors or 24bit, if you need animation, transparency, lossless or lossy, it’s got everything, it’s awesome, it’s gotten even more awesome over the years, nothing else comes close to being so universally awesome – BUT nobody’s using it! Man!

Only Google Chrome and Opera support the format natively. That’s obviously a dealbreaker for web designers. Not much point in my demonstrating image quality comparisons in this article given that most of you won’t be able to see it (at least not without hitting you with even more Javascript). And it’s a damn shame because one thing we would really love to do is slice both our site’s storage and bandwidth in half without sacrificing quality, which WebP would let us do, provided we successfully persuade all of you to install Chrome in order to visit our site.

One of the non-evil things Google does is try to make the web better for everyone for free, here is a great example, an open and greatly superior image format, but everybody (except Opera..) snubs it. I don’t know why they snub it, because it’s Google? I don’t know. Google’s now trying to do the job for web designers with Chrome for Android Beta, encoding your websites’ images themselves and dishing them to you in WebP, I wrote about that here.

Anyway, in protest, I am posting this article with no image attached. Take that, Microsoft! And Mozilla, what’s the deal with you guys? I want answers, Matt Brubeck! I thought you’d be all over this with Firefox. And Apple, what’s your problem? Don’t make me start one of those change.org petitions. Damn.