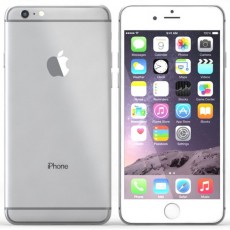 This is the first time that all three platforms have an amazing and worthwhile flagship out at once.

Apple have sucked since the iPhone 4s, but the 6S plus is a monster; that huge screen, 2gb RAM, iOS 9.1 and the mighty A9 processor/GPU package makes for the iPhone that you would expect for the ridiculous mark-up, at last.I’m speaking purely in terms of mobile of course, the iPad has always been the best ARM tablet on the market since the first generation, it’s impossible to argue with that, even though there have been some cool Android tablets around, and the odd Windows RT tablet worth a gander.
The Nexus 6p is everything that the Nexus 6 and Galaxy note 5 should have been, merged together and given steroids.A beast of a ‘droid.
The Lumia 930 XL is finally ready to lay with the big boys, running an adaptation of it’s PC counterpart OS and utilizing the best hardware 2015 has to offer, with liquid cooling to ensure optimal usage of all of it’s power to boot.

I can’t remember a single year that all three systems have existed where they’ve all had such a great case for a purchase and where it’s hard to choose between them, or specifically recommend one over the other. More often than not,WP has always offered old-hat hardware (although it ran so well on it!) and has been a niche product, and when iOS was on top and WP was a hot new product in 2010/1,  Android was a buggy pile of garbage. When Android hit back after ICS, Project Butter and the min’spec drop of KitKat, iOS had become an outdated, limited, awful caricature of itself and on phones it was only available on a tiny screen. WP at that time had faded into obscurity with a lack of up-to-date hardware too.

The heat is finally back on and there is no obvious choice, there’s nothing to troll any of the three man systems or their flagship devices with this year. It’s a really good thing, but that means that comment sections are going to be far less exciting, which is the only bummer IMO…

Whether you agree or disagree, hit me up with your best troll in the comments! Which platform(s) do you love, and which do you really hate? We want to know!

Beware, dunderheads are on the road behind the wheel