We are just a few hours away from the Apple event where we will get a first hand look at the new iPhone offering from Apple as well as the new operating system called iOS 7. While iOS 7 has some interesting new things in it, the iPhone 5S looks to be the ho hum update we expected. Nothing in the rumor mill pipeline suggests that we will get an iPhone 6 to coincide with iOS 7. While Apple head coach Tim Cook is on stage doing his best to convince you to buy into the Apple ecosystem for another year, he may be secretly hoping that no one asks him about Apple’s eBook practices that have landed them in some hot water. 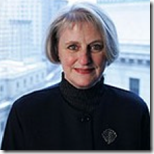 Turns out that US District Judge Denise Cote ordered Apple to change it’s “reign of terror” approach to dealing with publishers by fixing eBook pricing. According to Judge Cote:

"Apple has demonstrated a blatant and aggressive disregard" for the law and the ruling,"

She further said that:

"It has not taken advantage of opportunities … to make reforms and change its culture."

The Judge has ordered an external monitor to make sure Apple complies with the ruling and cleans up their eBook practices to start with. Apple of course in true form is resisting and promises to appeal the injunction. Shocker.

I own and use all Apple products but I have never purchased anything from them in terms of Video, Music, or Books. I still greatly prefer Amazon for my eBook purchases and use Amazon Prime and Netflix for Video. Music comes by way of Slacker Premium. This just reinforces my decision to look elsewhere for content. Thoughts? Drop some comments below.

Thanks to Stephen for the tip!

“Bitch I got an Android (F You iPhone Fanboys)” Topping Charts