Pong is the game that started it all I think. Yeah I’m old, I remember having a little gaming system you plugged into your TV that let you play pong and a couple other super low-res games. It just had two knobs on it and a power switch, that was about it. Times sure have changed, I guess it’s good to be old as I can remember this stuff and compare it to now. Damn, I remember when 8 tracks were popular.. yeah I’ll stop now, I’m really showing my age…  Anyway, Pong has turned 40 and Atari is celebrating with the launch of Pong World on iOS and you can get it now! 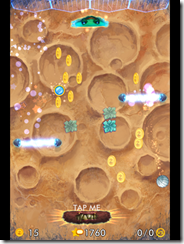 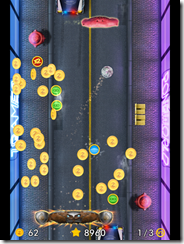 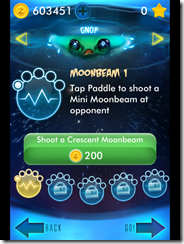 Today Atari, one of the world’s most recognized publishers and producers of interactive entertainment, announced the release of Pong World™ for iPhone, iPad and iPod touch. The $50,000 grand prize winner of the Pong®Indie Developer Challenge developed by zGames, Pong World is a reimagined take on the pop culture classic and the first-ever official new PONG game for smartphones and tablet devices. In the game, players choose one of many Pong paddles and battle against opponents on various themed boards, experiencing the game in either classic mode or all-new gameplay modes including Blitz and Hotseat. Pong World is available now as a free download on the App Store at http://itunes.apple.com/app/id553946340.
In commemoration of Atari and PONG’s 40th anniversary, one of the first video games to garner mainstream cultural appeal, the Pong Indie Developer Challenge, which concluded in summer 2012, called on developers to create their own vision of the legendary game for mobile devices. First place winner zGames was awarded $50,000 and top honors as the first official PONG title to be launched by Atari on iOS. Details on the remaining finalists will be revealed at a later date.
“We were impressed with the creativity and original vision of indie developers in the PONG contest, and the grand prize winner receives full honors as the marquee release for the title’s 40 year anniversary,” said Giancarlo Mori, EVP Product Development, Atari. “Pong World is an excellent tribute to one of our company’s legacy titles, giving players a fresh new look and the classic gameplay they know and love.”
Pong World features include: