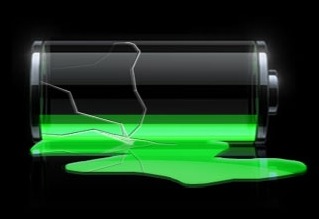 So who has never had this happen. You slip your phone in your pocket, bag or case, knowing that it has about 78% worth of juice in it. A few hours later your out with friends shooting the breeze and you pull your trusty phone out to show somebody the latest photos of your little munchkin with birthday cake smeared all over their face. But when you try to turn the phone on, nothing. It feels warm, but the damn thing is dead as a rock. If you haven’t already advertised what you were planning to display (I learned a long time ago to check the phone first), you may be able to slip it back in your pocket without having to explain. But now, although your still in conversation with your friends, a part of your brain is questioning, analyzing. WTF happened. I know it was charged. Did I download anything? Do I have a virus? Is my carrier screwing with me? Demons? All those questions, but no answers. You get in the car (if your always prepared like me) or back home and put your phone on charge. An hour later it wakes up and continues its charging cycle like nothing ever happened. Your now perplexed and confused. You can repeat all of the above for tablets, notebook, etc. Like the gremlin who sucks socks out of your washing machine, there must be a battery gremlin, who just sucks you dry whenever it feels like it. Is there any other logical or illogical explanation?

Yesterday, while at the office I had my phone (Lumia 1020) either sitting in front of my desktop monitor or on my belt all day. I don’t recall picking it up after about 2:00pm when I got a quadrophonic reminder to complete a ToDoIst task on my; Yoga tablet, 635 (both in my bag) desktop and 1020 all at the same time. It was another typical busy Friday, so I wasn’t paying much attention to my phone as everything I do at the office is through my desktop. At about 5:30pm, after everyone else had left and I had some peace in quiet to get some real work done for my last hour or two, I looked down at my phone and noticed that the Glance display was off. I thought, that’s odd, and assumed that it had gone into battery saver mode for some reason. You should note that when I leave for work at around 10:30am, my phone is typically at or near full charge (it’s on the charger while I shower and get ready). But to my surprise when I pressed the power button, nothing. A long press, nothing. Try again, nothing. Plug it into a wired charger. Try again, nothing. Nothing. Nothing! Like the imaginary person above I tried to get some work done while the phone laid there dead on the charger. But it wasn’t easy.

After 20 minutes and still no response from my beloved 1020, I decided to initiate Plan B & Plan C. I am the champion of multi-pronged attacks. My backup/test phone (635) was running the latest version of Win 10 Technical Preview and I knew that wouldn’t work for me. So I went online to find the Windows Restore tool. Got that done quickly, plugged in my 635 and started downloading my restore image. Assuming my 1020 had bitten the proverbial dust, I concluded that there was no way that I could live with the 635 as my primary phone for five months, or until some new Win 10 door buster phone became available. Criteria was simple; not too expensive, micro-SIM capable (didn’t want to deal with AT&T an nanoSIMs)  and of course, a Windows Phone. I settled on a Lumia 820 for $149 on Amazon. I threw in a 32GB microSD card and Qi back charging plate. Finished the order about the same time as the 635 had been restored. As my 1020 contained my Authenticator app and I had turned on two-step verification for several of my Microsoft accounts, I disabled everything from my desktop before I logged in to my 635 for the first time. Everything went smoothly. Oh, and the 1020 was still dead.

When I got home I continued to configure the 635 just a bit, knowing that I would have an 820 on Monday afternoon (missed the Amazon Sunday delivery deadline). I also put the 1020 on a wired charger, figuring I would leave it there overnight and see if anything happened. More than an hour later I walked into my dark bedroom and noticed that the center button of the 1020 was flashing. I tried the power button, but still got no response, no vibration, no boot up. But a few minutes later I heard the familiar wake up tingle come from the bedroom. The 1020 had returned from the dead. A quick check of the battery meter indicated that I was at 5%. That was after almost 2.5 hours on a charger (1 at the office and 1.5 at home). I left it on charge till I went to sleep, as I wanted to see how much juice it would lose overnight. In a 9 hour overnight test, with WiFi on, all background tasks enabled, and a non-active AT&T (Go) SIM, I lost 11%. That’s a good number. So what the hell happened on Friday. Take a look at the screen shot of my Battery app (I do love this app). You can see at 4:01pm on Friday I was at 82% (and interestingly connected to AT&T, but not at 4G). The next entry was at 11:00pm, where I recorded 38% and was now using the inactive AT&T SIM (remember I switched my SIM out with my 635). This app can’t record data when battery saver is on. So by 4:21pm, my battery was below 20%, or it was already dead. How can a battery drop 63% or more in 20 minutes? Maybe a dead short, but my phone wasn’t swimming. It was sitting on my dry desk.

I checked the Microsoft Battery app (see below) which tells you what apps used your battery juice in the past 24 hours. No surprises here. I use Nextgen Reader for 2+ hours every morning reading the news. Some news feeds launch IE. And I setup my grocery shopping list just before I took this screen shot at 12:32pm today. When I added up all the app usage, I came up with 36%. So what used the other 64%? Questions, lots of questions.

I am going to keep my active SIM in the 635 till Monday and see how the 1020 performs, especially at the office. I should note that I did have some unusual battery drain at the office on Thursday afternoon as well. Draining 10-12% per hour for a few hours, dropping the phone down to around 35% by about 5:30pm. That’s unusual, as my 1020 will typically lose 2-3% per hour while sitting idle at the office. When I leave for the day I am typically at 60-70%, unless I made a bunch of phone calls. I dropped  the 1020 on the wireless charger and got it back up to 69% before heading home on Thursday. It worked normally the rest of the night as I did my Twitter/Facebook thing at home. So I considered it an anomaly, At least until Friday’s event.

Why can’t OEM’s provide us mere mortals with some kind of diagnostic tool to determine how and why these things happen. I turned off battery saver on my 1020 now, so I can see any battery drain right down to its last breath. Has it got something to do with AT&T and their on again/off again LTE network? Do I need to reboot my phone every time I get to the office so I could connect to a new tower? You know, like I used to have to do back in 2008, in the good old Windows Mobile days. Why isn’t there circuitry to protect us from this. My Battery app (Battery, by Enless Soft Ltd. – don’t be fooled by imitators) alerts me when I am draining more than 18% per hour. I’m going to raise that a bit because I often get 7 or 8% in 20 minutes alerts (it checks every 20 minutes) while I am using the phone which I sort of brush off. But something like 30% per hour would be significant. Why can’t OEMs give us something more concise, built in to the device, to alert us and tell us in a log why we’re draining at an alarming rate. Like those insurance commercials, we charge our phones regularly. We monitor what we install on them and what we allow to run in the background (btw, I almost always back out of all open apps-a WinMo habit I guess). And still these catastrophic drains occur. And no one can explain why. I hope my 1020 can last till the Fall, but after Friday’s event, my confidence has really dropped. I haven’t regularly carried my 635 with me. But if/once I put my active SIM back in my 1020, my 635 will alsows be charged and in my bag/car for the next anomaly. We all know it’s going to happen. When just don’t know when. And that simply sucks.