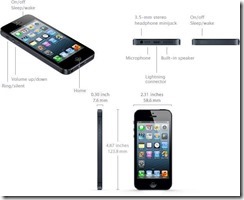 After yesterday’s announcement, many were left wondering what happened to the rumored NFC or even the much wished after wireless charging. After Nokia turned it up a few days earlier with the Lumia 920, many thought for sure the iPhone 5 would have both for sure. Phil Schiller had this to say:

It’s not clear that NFC is the solution to any current problem, Schiller said. “Passbook does the kinds of things customers need today.

And about wireless charging:

Schiller noted that the wireless charging systems still have to be plugged into the wall, so it’s not clear how much convenience they add. The widely-adopted USB cord, meanwhile, can charge in wall outlets, computers and even on airplanes, he said. “Having to create another device you have to plug into the wall is actually, for most situations, more complicated.