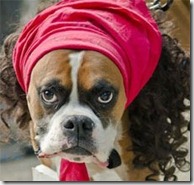 Obviously we have trash talkers amidst our writing staff so y’all need to hide your hide your kids, hide your wife, hide yo’ IP address and hide your husband ‘cause they talking shit at errbody out here:

Fuck apple and google!!! Microsoft just ROCKED mix!!!!!! If they get that out sometime in fall like they hope too…..both ios and android will be behind wp7 in every aspect except 1….and that’s app numbers. WOOOOW!!!!

Agreed. They just gotta focus on that "if". Or give everyone a reason to buy a new phone with Mango onboard.

Not only is the Kienct for Windows SDK now out but all of those developers in attendance just got a free one. Brilliant shit. Kinect is a way to keep the PC distinct from any mobile OS you can find. The integration of a full array of sensors (camera, voice and depth) are a shitton of potential for developers and users. MS just kept the PC market alive and thriving…very well played.

And market reception. People who have wp7 will need to push wp7 to other people big time in order for it to make a difference. I STILL HAVEN’T SEEN ONE IN THE REAL WORLD. 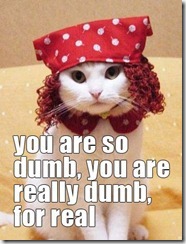 Me neither. And I’ve seen a lot of phones. This is good poll material, have you seen one.
Hey Ramon, could you use your crystal ball and tell me about how long until you think I’ll see one?

I live in Manhattan and frequently use the subway, the place of maybe the highest exposed phone concentration and I have not seen one single Windows Phone phone.

I have however seen at least two of those Palm/Handspring Treos. Maybe those two people will stumble really really wildly into the Windows Phone display section of some AT&T dealership and I’ll run into them again.

Cut ya shit Simmons….i see them all the time…im gonna start taking pics

I finally saw one in person the other day.  Co Worker got one and he wouldn’t even let me hold onto it for a second..

I’ll show you one…I’ll shove it right up your… oh wait I forgot you fight wars and I sit at a desk all day…  anyway, the letters "NFC" didn’t appear. Nor did any talk about CPUs beyond Snapdragon. Nor did new chasis…there are still things that they didn’t discuss and we don’t know what that means. 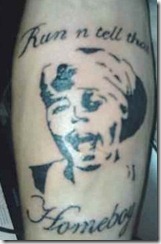 Well it would be more constructive David if instead of shoving it up his ass you could just sort of position it right near his ass, like right up against it, so he could grab on and execute a wiping motion with it.

We’re all becoming way too friendly with Chris’ ass for my comfort level here. Anyway, WP7 still has a way to go. This ‘fall’ thing is pretty far away, as is Nokia (who was in attendance but barely said anything) but there’s enough marketshare to go around and MS will pick it up pretty quickly and since they’ll integrate with your PC and Xbox it will help them to grow. With that said, the next few months (aside from finally releasing a VZ phone and maybe some new phones with the same specs we have already) I didn’t hear any news that gets people to go buy a phone today if they weren’t interest in it yesterday…

A way to go? Is there any bottom limit of how badly the phone you decide you should proceed to fall in love with ends up selling before you stop with the "give it a little time" bullshit? 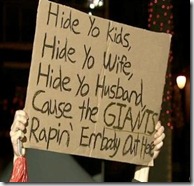 Point is….a slice of a market no matter how small it is…returns a profit. There is no failing.

Not to mention wp7 is far from that….its successful is every way Microsoft designed it to be. And Microsoft don’t fail at things….

Cut ya shit Simmons….i see them all the time…im gonna start taking pics

Ramon: I just filed a motion up your ass to keep the case open and the grand jury asked the judge if they could also rule that you’re full of shit and I believe I saw one of the jurors fiddling with what may have been an EVO 4G.

Murani: Whoop dee fucking doo you converted some people with your email client that’s fucking up line breaks. We don’t need the fucking line breaks kthx. Any of us can do that, convert people. I could have converted your coworkers to webOS if I had gotten to them before you. Shit I converted my own mother to Kubuntu Linux with OpenOffice and she loves it. Could have put her on a Mac and she’d love it. Couldn’t put her on Windows 7, she had just had enough with Microsoft and XP with another msconfig cleaning job wasn’t doing it for her (or for me, having to help her constantly, which changed once I got her a proper laptop). What none of us can seem to do is spot a stranger anywhere with a Windows Phone that we didn’t convert ourselves or find in the back corner of an AT&T dealership holding a empty demo model.

You know what’s funny to me? One of the things? Is that both you and the vocal part of our audience (our Android audience is there, just don’t have as much isolationism plaguing them fueling their own shit talk) think that you’re right when you’re taking on me when deep down, as is evident over and over in the declined wagers I offer to make, you know I’m right. For those of you who agree with that statement subconsciously, I renew my year-old advice to short RIM if you want to make some money without betting me directly.

But I don’t need you all to come and confess I’m right about everything and that you’re sorry. This pussy shit manifesting itself in the form of retaliatory fire against me for invading your threads, this self-delusion… it pleases me.

Murani you punk ass bitch it’s impossible to reason with you when all you want to do is call each other names. Taking this to MDLeaks, maybe one of our Android visitors will get my back this time. And for crying out loud would you assholes change your fucking sigs already? Damn.