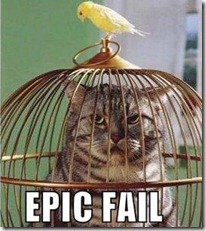 So another one of these number crunchers questioned a bunch of people and cranked out a report, the highlights of which include Apple store-like campouts/line-ups for their iPhone on the 10th, that 29% of AT&T subscribers who intend to switch from whatever they have to the Verizon iPhone intend by any means to get the Verizon counterpart on the 10th, among Verizon customers who intend to switch, 24% of those people declared willingness to wait in line – you get the idea, there may be lines and there may be more defectors from AT&T and Verizon Android/Blackberry than people like me would prefer to imagine.

Zooming out a bit, 26% of AT&T customers who responded to uSamp’s survey intend to switch to Verizon’s iPhone on day one, 8% using the words very likely. This one’s noteworthy: Two thirds of Verizon’s Blackberry users, 67%, “report they are very or somewhat likely to switch” to the iPhone on the 10th, 44% for Android users. Let me say yet again that shorting RIM, and not just because of a phone launch and some survey, isn’t the dumbest thing you’d have done in your life.

Now let’s say that 15% of the people who gave affirmative responses to these questions actually follow through on their declarations, that’s a lot of people putting down their Verizon Android phones. As a widely-known Google fanboy, I don’t like that. 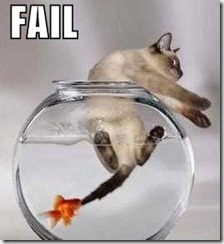 So I’m banking on AT&T, not nearly as safe a bet as shorting RIM but I have no choice, to go as far all in on Android as they claimed they would at the CES and just as importantly not to botch the job which is what they’ve been doing with Windows Phone. AT&T will go from selling one decent Android phone to a lot of them, including 4G phones and tablets, somewhere between soon and eventually.

Sounds like AT&T wants to take Verizon’s torch of being the Android carrier. Which is what I would do in this situation, but I have a history in life of screwing up so I know that AT&T is vulnerable to that pit of screw-ups too, for instance not training the salesmen well enough, not displaying things right, running more Blackberry Torch ads instead of Android ads, using Luke Wilson too much and going on and on about talking and surfing at the same time, rolling out LTE much more slowly than Verizon does, crapping up the software with AT&T bloat and no-sideloading and anti-bootloader unlocking things and so on. Google appears to be making friends with AT&T so it’s not impossible that “Google experience” phones end up on AT&T shelves, though that probably won’t matter. 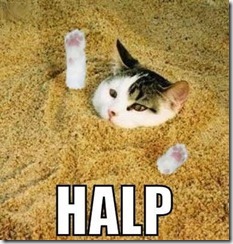 Since the Verizon announcement iPhone sales have almost come to a halt. By the way WP7 readers, good news, WM6.5 sales appear to be slowing down and it also seems that WP7 has finally overtaken WinMo if I’m reading these numbers right. High five, WP7 crowd.

Back to AT&T, their stock is a shit stock, nobody wants it. I can’t think of a stock with a lower price to earnings. Verizon on the other hand, that’s where the demand is, about four times as much demand if you will. In other words the smart money expects Verizon to deliver more and more down the line whereas Wall Street thinks AT&T, not unlike Microsoft, will continue to go sideways. That means that Wall Street wasn’t blown away by all that Android AT&T news, or at least not enough to offset however spooked Wall Street was by the Verizon iPhone announcement. And that tells me, among other things, that Verizon is probably better at moving phones than AT&T.

AT&T, now that it has finally dawned on you that Android could be good for business, now that you have some sort of a rapport with Google (Andy Rubin: The upcoming lineup of 4G Android smartphones from AT&T is truly cutting-edge), you’re in a position not to get killed too badly by this Verizon activity and because Verizon may decide to make noise only about their iPhone for the foreseeable future, there’s some additional Android demand in limbo that you could yank toward yourself with the right tact.

Also AT&T, though I didn’t pay too close attention to the CES, I understand you’re going to get a bunch of those Android tablets. Whether Verizon does too, it may not be an issue if they’re too caught up in iPhone activity, leaving you with a wider window to be the Android tablet carrier (in addition to the iPad, however long that exclusivity lasts), and those Android tablets have a decent chance of catching on quite a bit. Capitalize on that, capitalize on top shelf Android phones that win stronger reviews than the iPhone and get this pumping before the iPhone 5 hits. 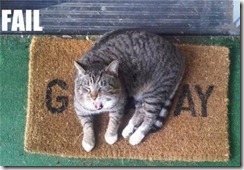 Train your damn people. Tell your CSRs to be more polite, genuinely polite, not like they’re reading from a script. I’d ask you to fix your network in Manhattan and Frisco but we both know that’s a pointless request to try to make.

I heard you’re charging $300 extra for some tablet’s laptop dock. I’m not sure what exactly that means, a laptop dock, but $300? What the hell are you doing charging $300 for an accessory called a dock? You see, that’s the type of shit you can’t be pulling from the beginning, prompting people to write stories about how you’re kicking off Android with some $300 issue. That’s a lot of scratch. Either sell it for less even if that’s at a loss or don’t sell it. I don’t even want to google the story behind this.

Put your iPhones in the back corner both literally and in your ad buying. Trade places with WP7 devices. No one wants your iPhones anymore, no one gives a shit about talking and surfing at the same time, and unlike Verizon who I understand is still selling WinMo phones you could become the go-to carrier for people into everything Microsoft. Take what you probably see as a risk and pull those out a bit, why not. 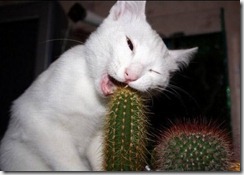 You screwed up with your tiered data plan changeup. If you’re afraid to give out too much data to people in Manhattan, why not keep the Manhattan quota/throttling tight but make them more impressive wherever else you can handle it. Don’t automatically charge people if they ride over a certain threshold without telling them, that’s just a dick move. Earning a reputation for being a decent carrier is, though unrealistic for you, a goal to pursue.

Here’s a thought – work with Google to offer the option to issue new customers phone numbers that are already ported to Google Voice with their GV account provisioned however they ask it to be at the counter. Customers that already have a number? Offer to do the porting without stinging them with an ETF. Google Voice is better than anything you’ll ever come up with. And Google Maps is better than your TeleNav shit, I guarantee you that.

I’m anticipating a painful dent in the Android sales stats over the next quarter and then again come iPhone 5 and whenever you lose iPad exclusivity because I really believe you really suck. Prove me wrong AT&T. C’mon.