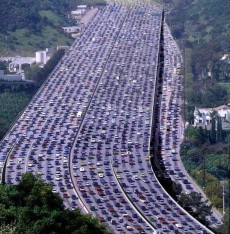 It seems there’s this natural reflex in people who have websites to reveal their traffic stats to anyone, namely the volume of traffic (though to me, more importantly, engagement stats like pages per visit and time on site). I’m not sure if it’s just human nature not to reveal one’s cards or an insecurity and a presumption that one’s stats are relatively low and so it’s better to keep it quiet or else both your visitors and writers, if you have any, will be spooked by what feels like a smaller audience than they had anticipated and your traffic will consequently tank. Or maybe you’ll spook advertisers, or if you’re owned by, say, AOL, you don’t want to do anything too abnormal.

Me, I think traffic stats are absolutely fascinating. I’ve made websites with the sole purpose of collecting stats and seeing what happens if I do this or that. I would love to go on a site like Slashdot, ycombinator’s Hacker News or Techcrunch and, on the standard array of buttons in the header or footer (Home/Contact Us/Submit Story/Etc) to have a link to basically a public version of their Google Analytics setup in all its glory, even down to advertising figures. I bet it would often lead to members of your audience who know a thing or two about these numbers and making them better would offer valuable advice.

I’d see it as both interesting and entertaining, but also helpful to guys like us trying to make it big in the blog game, to see for instance if a site like Engadget with fifty million resources to load on a pageview has a higher or lower bounce than a lightweight site like kuro5hin.

The irony here is that right now I’m sending up a flare of encouragement to other websites to do this yet I myself am reluctant to lead by example and dump some figures of our own for you. Let’s just say they’re nothing to write home about – though going against the grain and publishing them anyway would make this a more interesting site. 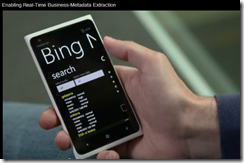 Bing Now Is A Scandal Waiting To Happen