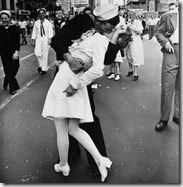 So you want to be that guy tonight who says “10, 9, 8 – wait a sec everybody that countdown is 52ms fast possibly because they overcompensated for the broadcasting delay” or do you just have OCD over something like your phone or computer’s clock’s accuracy and distrust your carrier’s method? That puts you in the market for an NTP client, so here’s a list:

For Android you’ll want ClockSync. It’s free, on the market, though if you want it or any other NTP client on Android to manipulate your system clock for you (EG I have this set to sync once a day only on wifi), you’ll need root. But who doesn’t have root? Do I have to write another rooting article or could you please just google that finally?

For iPhones, Emerald Time looks good, you can pick from a list of time servers or put your own, however iOS won’t let programs change the internal clock so this is only useful, versus the normal way it grabs the time, to report to you the super precise time, whatever your definition of time may be. Try to define time yourself without looking it up, it’s really hard. I know you think you’ve always known what time was, but I bet you can’t articulate what the hell it means. Bet you never paused to consider that. Trippy, right?

For WP7, well, I can’t seem to find anything. Weird. Anyone know of a WP7 ntp client? If not, now would be a good time to program your own and toss it on the Marketplace because it’s got to be pretty easy to code, some people want it and you’d be the only one offering it. Same deal with Blackberries, nothing, just carrier syncing which is lame.

What’s that? You need to take a break to watch some guy kick everyone’s ass like I did in my writing this year? Allow me to arrange that for you my man.

Okay where were we. Clocks, syncronicity and the self. For your Windows on your PC, SP TimeSync – 32bit, 64bit and also WinMo. In its options you can tell it whether or not to run automatically or on demand. The WinMo advantage of this over Dave Shaw’s which I mentioned earlier, I believe, is that it will work while you’re activesynced over usb.

For Linux, UNIX and UNIX-like you want ntpdate if you don’t already have it (and maybe ntpd). If you want it to sync regularly, make a cron tab for it. Here it is in action baby:

Oh what, that didn’t impress you? Let me switch servers and see how easily I shut your smart ass up:

Sweet offset right there. If you’ve got a better offset, submit screenshots please! If you’ve read this far, that means at least two people (you and I) actually are intrigued by this.

And in case you plan to bring your Macbook to the party or Times Square to advise people of the discrepancy no one but you is aware of or cares about (unless you’re with your OCD support group buddies), hit up the Apple menu, System Preferences or whatever, Date & Time, check off Set date & time automatically (probably need admin by hitting the unlock thing at this point), then in the field type in time pool.ntp.org or time time.apple.com like this and apply. Or if you’re not a GUI lamer fire up the terminal, su to root and hit systemsetup –setnetworktimeserver pool.ntp.org (or any other ntpd).

Happy syncing everybody! Don’t get too drunk otherwise you might forget to stare at your phone’s clock tonight as 2011 strikes instead of, say, kissing some random chick on the street like the sailor did in that famous photograph (go for the Japanese tourists, they either dig it or don’t put up a fight, so sort of position yourself near a cute one before the ball drops and give her the ol’ sneak attack smooch; and if you’re looking for more action than that, tell her you know someone who’s selling white iPhone 4s and she’s all yours).

Apple prepares to sue Blackberry (Tweet of the Day)