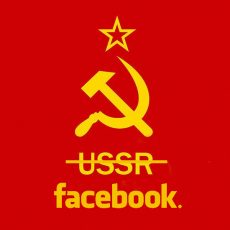 Who should be allowed to buy internet based ads? That’s a deep and intriguing question in today’s political and commercial landscape. With allegations of Russian meddling in our political discourse I thought to myself, “Who looks at ads? Like seriously, you don’t run ad block?” but also “How did these ads happen in the first place?”  Let me explain.

So, the biggest and most obvious question is, should we limit internet ad purchases? I can tell you immediately that there are some big names who would not want that question even thought of, much less asked. Mr. Zuckerberg, I imagine, is at the top of that long list. You see, the convenient thing about selling ads is that you mostly don’t have to care if they work these days. Just having access to a provable target audience is enough to separate most schmucks from their money. In fact, one of my favorite comedians bought some after similar musings, although to much more entertaining ends.  So already we have a content ambivalent platform, combined with the most easily influenced target audience.  Pile onto this kindling of potential an absolute mad house of election candidates on either side of the aisle and the increasing attempts of Silicon Valley to exert explicit political influence and you have the makings of a political scandal that can be falsely reported on for months. With all this confusion created by a social media platform with very few controls on the purchasing of ads, the question that now begs to be asked is: Should we limit who Facebook can sell ads to? Should we have a regulatory body involved in screening these ads to reduce the chances of foreign agents being involved in the American political system? Of course, not. That would be sillier than suggesting something like gun laws have made Chicago less safe.

Second, and less political, more personal, why are you letting google and everyone track you? I understand that someone is going to track you with almost any major and user friendly browser on the market, but measures can be taken. Go see these guys! It’s a banned chrome extension that makes Ad block look like the fascist (I’m using this word the right way. I can post my history degree and give a course if you’re interested) collaborators they are. So, this awesome piece of “non-approved” software hops into the top right corner and not only stops chrome from tracking your browsing history and blocks ads, no, no, no. This software not only anonymizes your browsing but also sends out errant and false click throughs on the ads, making google shell out money to these sites without the need for you to physically click them. This is a two-fold system of awesome. Not only is Google not googling you, but Google now must pay these sites for these ads. Seriously, can you imagine a more backwards system than ad revenue based on clicks? That’s like only paying for a billboard if someone buys your product. Evil.

And to close this out, with as much as Mr. Zuckerberg has been crying about our political situation you’d think he had his Facebook machine already outfitted into an echo chamber of self-serving affirmation.  How did Russia get through?  That’s somewhere between ISIS and the Chinese buying ads on Facebook. The truly terrifying question is if that made it through, that being foreign scary Russian Government interests, what domestic insanity is being lawfully, although morally questionably, blasted at the American public almost daily. Which, when you think about it, is all Facebook has ever been about anyway.

Who exactly are Facebook’s Trust Indicators getting you to trust?