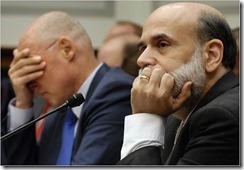 I run an experimental site on the side currently made up of several WebP images per page (with no JPEG fallback), oftentimes extremely high res. Don’t ask what the pictures are of, that’s not important. Now, WebPs are terrific in that they do all sorts of magic including displaying the same quality images at only 60 to 70% of the file size of a similar jpeg. But they require more CPU and memory for a browser to decode, so a page with, say, 4MB of WebPs, that’s a big challenge for a mobile device (even a computer) to chug through briskly even with a blazing connection. The site works on a top shelf Android phone, no problem, but most Android phones in use are not top shelf, whereas most iPhones are. Likewise with the tablets.

That’s nuts! My site may be very atypical but sites are steadily getting heavier, and I bet if you’ve got your own site’s data, while the contrast may not be as stark, you’ll see congruent comparisons.

The explanation for that discrepancy is obvious: Web performance matters, the iPads and iPhones in circulation perform pretty well – arguably well enough now that an iOS visit is just as valuable to your ecommerce site as a computer, the typical Android device on a site that’s at all resource-intensive (I’m not even displaying videos, just pictures) perform badly enough on those sites that it affects user experience to the point where users bail out prematurely with a lower likelihood of returning. That’s what people do when a user experience sucks, they avoid repeating it.

This means Android users are less likely to go on your site and see more ads because their phones, glasses, tablets and TV gadgets can’t handle the math, it means those visitors are less likely to buy whatever you might be selling, it means they’re less likely to donate to your typhoon fund so forth. I’ll wager the same is true on the apps they run that would likewise perform more poorly. Every millisecond matters. By the way, my Mac vs Windows statistics are, though not as dramatically, similarly more impressive (a Mac visit is more valuable in terms of engagement), and I think we can all admit that the average Mac out there has more muscle and pixels than the average PC, so that’s probably why.

Therefore, while Android made an impressive splash in terms of market share and activations per nanosecond, the availability of crappy Androids that render webpages slower and the lack of pressure on consumers to pay up for a phone with enough muscle to deliver an adequate web experience means there are more people out there with a crumby phone that they are much less likely to use on the web in a manner that produces revenue to websites, ad brokers, app developers, everyone. And people on proper phones get the same things done much quicker, meaning they can see more ad impressions on more pages of one site, hop to another site and see more ads there, maybe buy something, and again, meanwhile the average Android is chugging through the first site slowly, less pleasantly and bailing out prematurely — and, I’d strongly wager, left less likely to continue using their phone for any subsequent purpose. They might even put the cheapo phone down and talk to the other people at the dinner table about how much your site’s UX sucks.

If only iPhones and Nexus phones were sold, more people would pay up for a top shelf phone and app developers and web outfits would make more money. Crappy smartphones are relatively worthless to the economy, and each crappy phone in someone’s hand is a top shelf phone that definitely isn’t in their hand. Therefore not only is Android not boosting the global GDP, Android is detracting from it. And that my friends is, in my book, the real cost of Android (as well as those cheap “Tango” Windows Phones for “emerging markets”). I believe it would be helpful, and not just to my own little bounce rate but to the whole world (including North Korea), if OEMs and carriers made an effort to put nicer phones in consumer hands somehow.

This might even be worth government subsidization. Just throwing that out there…