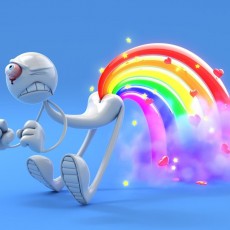 I’ve been experimenting with themes on my new yellow 1020.  I don’t really dig the yellow tiles myself so I’ve been using blue.  What I also realized is that once I find my comfort color, I tend to stick with it.  I’ve had three windows phones since they’ve released.  I started on the Surround, followed by a Cyan 900.  Then I moved on to my 1020.

Now back when I had my surround I did a bit of rotating.  I went through blue and green as my regulars, but I did throw in some purple from time to time because who doesn’t like to feel like the royalty of medieval ages who could force opposed artisans with exclusive trade rights in red and blue dyes to cooperate to make your robes?  When I got my Lumia 900 in Cyan I settled down a bit.  There were a few times where I changed it up, but mostly stuck with the matching Nokia blue.  I had a few one night stands across the spectrum but always came back to that blue.  Just looked so damn good with the Cyan 900.  Now that I’ve moved on to something that isn’t stuck in the cell phone stone age of no more updates with the 1020, I hopped back onto the bright color wagon with yellow, not really thinking about the limiting factor it would have on my color theme of choice.  I just wanted to be able to pick my phone out of a crowd.  Not that it’s been a problem because how many of you windows phoners have run into other windows phone people on a regular basis?  It’s not like if you were at a party and everyone threw their phones in a basket you’d be too confused about which not iPhone/Galaxy was yours.

Anyway, I’ve been stuck on blue so far but want to expand my horizons.  Being a mostly color-blind male I have a hard enough time getting my clothes to match.  I was hoping you fine folks could help me in picking some good colors to blend in with my yellow.  You know, something of the non-clashing persuasion.  I also wanted to see whether or not you folks were color swappers or not.  Do you just set it and forget it, never revisiting the possibility that life could be better with a black or even a slightly darker black color theme?  Or are you one color every day and every night people?  Do you do light and dark backgrounds or pretty much stick to the dark side?  Which ones of you are so hardcore that you use high contrast mode for ultra hip monochrome look?  Sound off below and let us know where your RGB alliances lie.