Wow this one just slipped right in there. Just the other day we had some impressive screenshots and a video of Monkey Mini Golf and now it’s live. I gave it a quick go and…yeah it’s the real deal. It looks and plays just like the video. A great little feature lets you toggle the camera angle which helps to figure out the angles and play the way you want to. The controls are simple. On the first putt you get to slide left/right to decide where to start, then slide to direct the angle you are aiming, then tap to start swinging and a second tap when it’s at the right power level. I didn’t even know but according to the site the game theme will change with the time of day you play it – very smart. It also has a ‘three bananas’ scoring system reminiscent of Angry Birds so there’s a high replay value.

Need a reminder as to what it looks like? 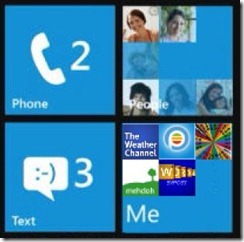 My Kingdom For a Proper Windows Phone Notification System (and a...