So today Brandon Watson announced that at the GDGT event in Seattle that if developers brought WP7 apps then there would be devices to test them. As he notes:

Under normal circumstances, that would be pretty cool.  However, we’re not in the “pretty cool” business here.  I think I have made it clear, we are in the epic shit business…For those who have got the best XAPs, we are bringing a couple of phones with us, and some developer agreements to sign.  That’s right…the “A” gamers will be walking out with phones on which to continue their coding.

Welcome to the stage Eric. He’s been writing an app that helps promote music artists that are unknown. It helps undiscovered artists get promoted through a Pandora like service that’s streaming. He stated that he spent the last two weeks developing the app for Android and after seeing the WP7 post today started to work on the WP7 version at 3pm and both apps are at the same stage because of the WP7 SDK. Here’s the video of the interview and the app in action:

Anyway, he got a dev device today…and WP7 got a developer today. 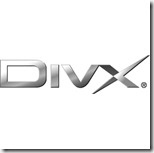