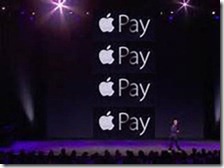 As if it were a totally brand new concept, Apple recently rolled out ApplePay, an NFC-based payment system. You can use your iPhone to pay for things in retail store, putting all your payment systems in one device! (Okay, I’m not so sure that all my eggs in one basket is a good thing, but that’s another topic.)

Naturally, journalists have been giving this system a try and – ooops! – guess what CNNTech’s Samuel Burke found? He was being double-charged at different stores while using his Bank of America debit card. He checked Twitter and found more people reporting the same issue.

A call to BofA told him it was a problem with ApplePay, and to call Apple. Apple said they do not keep records of transactions for security’s sake, therefore they couldn’t help him and he should call BofA. Uh-oh. This could have gotten real ugly real fast, but luckily for Mr. Burke BofA’s representative said it was very obvious that these were dulplicate payments (same day, same place, same amount) so they refunded him.

But this is a serious negative in my mind – what if someone’s bank isn’t as reasonable? Or someone on a tight budget ends up with insufficient funds fees and really messes them up? I have to really question if ApplePay was given enough testing out in the wild.

I like the idea of electronic payment processing, don’t get me wrong, but this is the kind of thing that could put the brakes on it.

Do you have an iPhone? Are you using ApplePay? What do you think – let us know in the commnents.