Well, it may not be. Because Google said they would be launching the consumer version of it in 2015 (originally Brin planned to release his child during 2014 for consumers and we are almost at 2015.) And given the fact that Google killed so many good products after people started using them for good purpose, I guess this might be end of Google Glass. Anyway if you visit Google Glass site you will see “The Glass Explorer Program. Join our open beta and help shape the future of Glass.” Yes, it is still in Beta since it was launched two years back. This shows the style of Google, which keeps its products in beta mode for a longer term. It has its own benefits though, but the downside is we are not sure when would Google pull plug of it like it did for a good products like Google Reader, Google Wage etc. Given the fact that it is nowhere near consumer price range, it could become a niche product. If you want own a Google Glass, you have shelve out $1500 minimum and if you stylize it, you are looking nearly 2 grand. And it needs data connectivity with your phone, which means it is not independently operated for a longtime.

Reuters recently surveyed Glass developers and they found majority of the developers already banned their Glass projects are in the process of. Reuters says “Of 16 Glass app makers contacted by Reuters, nine said that they had stopped work on their projects or abandoned them, mostly because of the lack of customers or limitations of the device. Three more have switched to developing for business, leaving behind consumer projects.”

Glass has only 98 apps in these nearly two years and the number of developers developing for it are very marginal when compared to other Android wearables such as watches. Entry into developing for Glass is very expensive to start with. An indie developer has to spend at least $1500 to test against a real device and that is one of the main barrier. And you never know how many people would buy, because of privacy matters and ban of the Glass from many places and this includes some places within Google itself.

Any way the Glass adoption rate is so negligible when compared to other Android platforms from Google except Nexus Q, which is because of the following reasons in my opinion.

And our fashion defined man Walter Smyth thinks that Microsoft Band is nowhere near fashion and he is right about that, fuggetabout Glass then. At least Band can be covered within the sleeve and is very useful. Priced perfectly and very consumer oriented device, which is also an IoT and wearable like Glass. On the other hand, Glass is worn on the face and is very significant. You don’t want to look like this when you wear and go into public like an idiot.

There may be business verticals that could benefit from Glass, but they are nowhere near consumer spectrum.

Chris O’Neill, Google Glass head of business operations told Reuters that Google is “as energized as ever about the opportunity that wearables and Glass in particular represent.” Let us wait and see. Who knows, it could become very useful and consumer accepted after all. 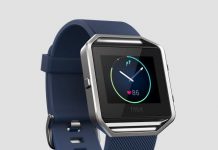 Fitbit working on improving as a Smartwatch 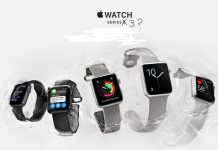 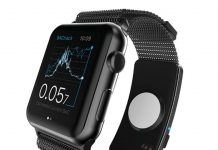 Keep Track of How Much You Drink on Your Apple Watch