Look at some of these morons’ comments, bunch of Google idiots here making me laugh: ZDNet: Google shouldn’t forget history when blocking…

Disclaimer: This message (including any attachments) contains confidential information intended for a specific individual and purpose, and is protected by law. If you are not the intended recipient, you should delete this message. Any disclosure, copying, or distribution of this message, or the taking of any action based on it, is strictly prohibited.

Simmons, before you say something about my signature, that was from a older machine where I had that signature and I removed it. I assure you that I am free from that signature from this moment. :D

You know what’s funny to me about Webkitgate, just the other day Microsoft enthusiasts like you in response to Surur’s petition article were flipping out in defiance about how they not only have absolutely no need for Google’s inferior products but they bare disdain to the notion of Google contributing, and now they’re all flipping out because they can’t use the web version of Google Maps.

One might make the argument that Bung Maps just doesn’t cut it for all WP users if they’re making so much noise about not being able to use the damn web version of Google Maps.

As this kind of implies that Windows Phone is on Google’s radar enough to edit an htaccess file (“user agent sniffers”), shouldn’t you people feel flattered with affirmation and not so spiteful?

No one uses google maps in a browser on any device. They use apps. The noise is related to what googles move represents. I doubt anyone knows the first date that goog did this because it’s not something used. But blocking it maliciously is something else. They are also blocking YouTube.
Sent from my Windows Phone

So you’re fixated on the symbolism, I see. Even the ticker symbols, good for you.

Blocking youtube, damn. Well at least they’re not blocking Microsoft from using their own Youtube accounts because they rely on them heavily for promotion, including to attack Google. Sometimes I wonder if Microsoft might have done something, like maybe one thing, to provoke these actions, or are their hands clean? You have selective memories.

It’s remarkable that you’ll throw around words like malice in describing what by your own admission is a nonevent, this Google Maps Windows Phone redirect thing, when … do I really need to list all the actually malicious, shitty and truly, not just symbolically, anticompetitive things Microsoft has done and continues to do to Google and many other companies or can you sort of try to snap out of your delirium? “Google idiots” go F your self in the A, Ram, there’s plenty of idiocy to go around in every side of all of these comment threads. 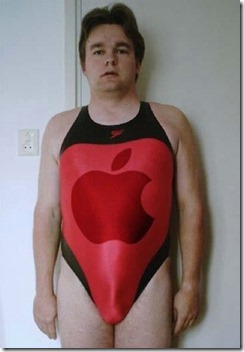 Even though I am a Microsoft Fanboi, I get upset and tweet directly to Microsoft about their issue. But here in this case the Google fanbois don’t have any clue whether Google is lying or saying truth when they say Maps are optimized for WebKit. It is not true, I think the engineers working for Larry “Liar” Page took words from his book – how to lie and get caught. .

So it’s not possible that even though to most people for their common purposes it would work on a non-Webkit mobile browser, that it didn’t work perfectly as Google would like it to, so Google redirected the browsers because of quality control? This is definitely gloves-are-off activity?

Where the hell did this “boi” spelling of fanboy start? I get the point that fanatic isn’t a good enough word for you, so you have to use something fruity like fanboy, but what’s with the spelling improv? And for my own inner-monologue reference when reading your bullshit, is that still pronounced boy or does it have a French twist to it? 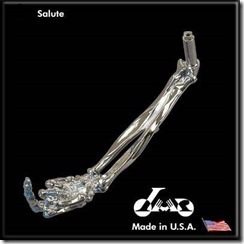