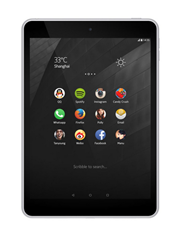 Microsoft has been busy rebranding it’s mobile devices as “Lumia” phones and ditching the Nokia brand on it’s devices. The end branding Microsoft is looking for is just Microsoft Phone which makes sense as partners come and go and Microsoft really needs to establish their own presence in the mobile device market. Since buying Nokia, they have not strayed far from the reservation until now. Nokia has announced their first device since Microsoft called the N1 Android Tablet.

A small 7.9 inch clone of the iPad Mini, the Android powered Nokia N1 will have a same spec’d out display as the Apple Mini with 2048 x 1536 resolution. The Nokia N1 will be thinner than the Apple Mini at just 6.9mm thick and only weigh 318 grams. The N1 will also pack:

The Nokia N1 will also have Android 5.0 Lollipop as well as Nokia’s own Z Launcher.

If you were thinking Nokia pretty much copied the Apple Mini the similarities don’t end there either. Nokia even designed their web page right out of the Apple playbook! Check it out:

The Nokia N1 does come in a pretty cool box: 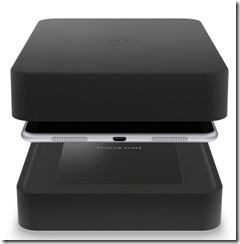 The Nokia N1 is set to launch in China first at $250 around February 15 (Chinese New Year) then later in Russia and Europe. It’s pretty well spec’d out and compared to the Apple Mini both 2 and 3 the N1 comes in at a mush lower price. 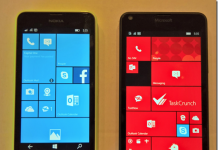 Windows 10 Mobile is Here! Out with the old……