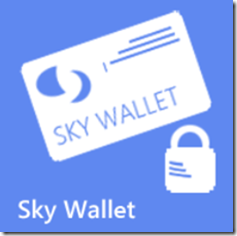 DO NOT try to open the Sky Wallet app on your phone until AFTER you have backed up your encrypted Sky Wallet.txt file from SkyDrive.

Beginning yesterday, some users reported that they are encountering an issue when synchronizing data from SkyDrive to the phone app. The app says data is corrupted or it hangs while trying to download data from SkyDrive.

I’m investigating and it seems the issue is related to SkyDrive service that changed something, making the app work wrong.

The desktop companion is not affected, you can still access your data from your PC.

I’ll keep you up to date about the issue and the resolution. In the meanwhile, please backup your SkyWalletData.txt file from SkyDrive to a safe place, to ensure you won’t loose any data while waiting for a solution.

Following up the issue reported about synchronization and corrupted data error, I submitted a new version of the app to the Windows Phone Store.

The update fixes the issue and it is being certified by Microsoft. I will notify you when the new version (3.3) will be published.

The desktop companion is ok and does not require any update.

I tried opening the app a few minutes ago on my L900 and after launching, the corrupted data message appeared. I then tried launching on my L520, which I believe ERASED MY DATA (65k to 3.5K). Fortunately, I backed up my SkyDrive file immediately upon getting the corrupted error message the first time. After restoring the backed up file to SkyDrive I was able to open the file using the desktop app.

As a precaution you should backup your encrypted file immediately, just to be safe. And don’t bother trying to open the app on your phone till the update rolls out. Oh, and spread the word. This could have serious consequences for users.

Here is the link to the developers WordPress blog for updated information. http://skywallet.wordpress.com/