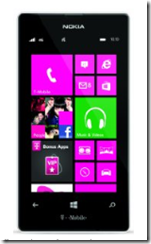 Despite being married to me and being forced to listen to me talk about phones like they’re important, my wife isn’t into them for the most part. She had a Focus and moved to a Focus 2 from AT&T a while back. But in the building where she works AT&T’s coverage is ridiculously spotty, to the point that she doesn’t leave the phone on during the day since it will just drain the battery looking for a signal.  In fact, the only people that get reception in her office are using T-Mobile (go figure, right?). Well they’re pricing the Lumia 521 at ridiculous numbers. For $80 it came with some accessories (and remember, this is an off contract phone).  So we picked one up and she’s been using on it T-Mobile with a $50 monthly plan. This is a plan that’s substantially cheaper than her current AT&T plan. On top of it, T-Mobile gives you wifi calling as well and it seemingly works as advertised. So why not just go for a Lumia 925? Well there’s no great ‘need’ to. The Lumia 521 was so cheap and yes the specs aren’t that great but the phone is actually solid. It isn’t cutting edge but the camera is great, the screen looks crisp (even though it’s not crazy hi-res) and it looks nice. Quite frankly, she doesn’t need or want more phone than the 521 has. And now that she’s on Windows 8 she gets to play with some new apps and we set up a room which is neat. Add to that some Nokia apps and the phone just feels like a bargain.

This is just a band-aid until she ports her number over or Nokia releases a new T-Mobile phone but if she waits months for a new phone she’d be more than content.

So all of that noise about how the low-end Nokia’s and Windows Phones are outperforming the high end ones in sales – this is why. The ‘low end’ Nokias are great devices, the pricing is beyond attractive and as a whole it’s hard to justify spending a lot more money unless you’re going to use those features.  As long as Nokia is pumping out these phones they’ll have strong sales and the sector will keep growing. 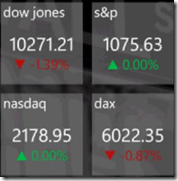